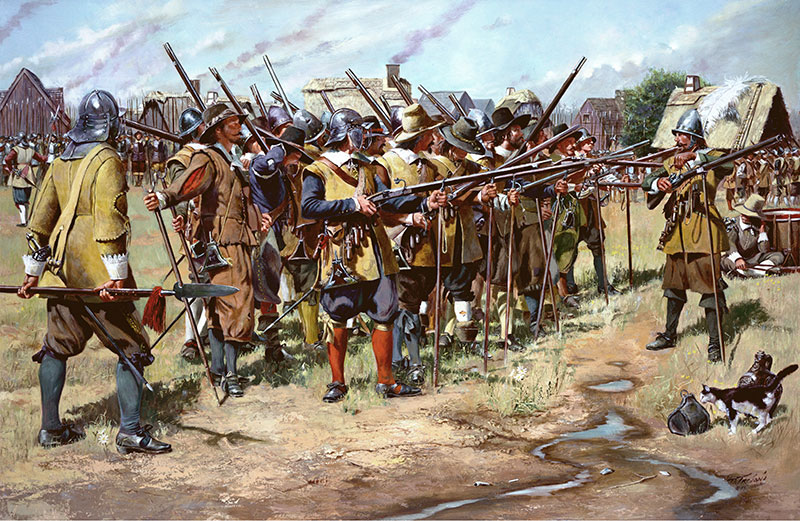 The Jamestown colony, the first permanent English settlement in America, was founded in 1607. The all-male colonists expected to find gold and other riches, instead they found sickness, hunger, misery and death. Captain John Smith, an English mercenary, led the government of the colony from September 1608 to August 1609. Smith had been a soldier of fortune, and he was captured by the Turks while serving in the army of the Prince of Wallachia. Smith was a Tartar slave in what is now eastern Ukraine. He escaped and made his way through Ukraine and finally to freedom in what is now the Czech Republic. He wrote his memoirs years later where he described the kindness and hospitality of Ukrainians.

In October 1608, Smith sponsored eight Polish, German and Slovak craftsmen who arrived in Jamestown. Among them, as the story goes, was Ivan Bohdan from Kolomeya, Ukraine. Bohdan, it is believed, knew how to make pitch. Pitch or tar was needed to seal wood ships. We do not know much about Ivan or if he really was in Jamestown as no records exist. If he was in Jamestown, he would have been required to serve in the militia company.

Every Jamestown colonist was required to serve and attend one or more days of training every week. Militiamen also stood sentry duty 24 hours a day. Musketeer Bohdan would have been armed with a sword and matchlock (an early type of firearm). He may have worn a heavy leather vest called a jerkin designed as an arrow-proof vest. We do not know if he participated in the 1622 war with the Powhatan Indians.

Despite the lack of documents, Musketeer Ivan Bohdan may have been the first Ukrainian to serve in America. That’s my story and I’m sticking to it.